What a difference a year makes

Last year, Lake Champlain was dealing with historic flooding. This year, I’ve started to hear references to record low lake levels. Since I now commute along the waterfront, I’ve been witness to the lack of water. Take the photograph below. It was taken yesterday, April 25th, 2012. One year ago, the same lighthouse looked like this.

When I compare the two images, I think the lighthouse was actually damaged enough that they had to remove some of the lower boards.

According to this chart, the lake level should be around 99′ at this time of year. Instead, we’re at about 96.5′ — more like what I would expect in June. And that’s after a pretty rainy couple of days. We were at 96.0′ on April 21st. According to the USGS, the lake level changes by about 5′ annually. If we’re at the annual high point now, what does that mean for the rest of the summer? Will September or October 2012 bring us new record lows, only 18 months after record highs?

On a somewhat related note, there’s still a lot of effort going in to repairing our broken state after last year’s flooding. There are lots of people in VT that still need homes rebuilt and businesses that are still recovering.  One of the things that’s near and dear to my heart is the Burlington Bike Path. OK, it’s somewhat selfish, it’s part of my daily commute — but it’s also a big draw for tourism. Many events like those put on by Run Vermont and Race Vermont rely on the Bike Path for their routes. It’s in rough shape right now as a result of all the flooding last year. Parts have been patched, and repairs on other sections have begun, but there’s a long way to go.  Local Motion has put together a fund to help repair the Island Line Trail. If you use this path and have a few dollars to spare, I’m sure they would appreciate any contribution.

I’ve had a number if inquiries about purchasing prints of some of my recent landscape photographs. If you’re one of the people that has asked, you’re in the right place!  All of these photos are linked to my online store where you can buy a variety of sizes and formats. I frequently find that sunset photos really pop on the metallic paper, but in general I’m a big fan of lustre paper for something that’s going to hang on a wall and fit in with other artwork.

If you’re looking for something a little different, consider printing onto a stretched canvas. By doing so, you end up with a photo that has some qualities of a painting and doesn’t require extra framing. 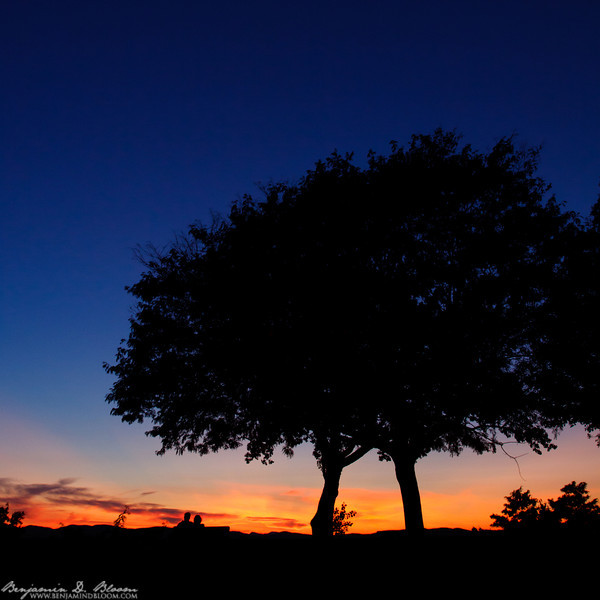 Some photos are an awkward size to print. Instead of a custom order, my recommendation is to pick the width you’re interested in (in the example below, 18″) and order the closest size print. SmugMug will tell you that the image needs cropping in checkout, but I suggest selecting “None” as is highlighted in green.  The advantage to this is that you get a print of the full image in the dimensions that it was intended.  When you receive the print, you can then have your framer trim the white portions off. If you’re interested in ordering a canvas or preframed print, you should contact me directly as that will require a custom order. It’s no extra cost to you, I just can’t configure this shopping cart to support it. And now, for something completely different. While I was in Rhode Island, I decided to try some HDR photography. It’s not something I do a lot of, but with this particular vacation I wasn’t willing to take the time to set up a shot when the light was right, so HDR seemed like a good solution. My mom has this theory of gardening – you learn when the best time is to transplant, cut, prune, etc., but you do it when you have the time. If it works out, great. I guess photography is the same way. I knew this was about the worst time of day to shoot and the cloud cover wasn’t going to be ideal. I didn’t have a tripod or neutral density filter on me so I couldn’t do any long exposure experimentation, so I thought I’d see if I could make some HDR “paintings.” The processing on these is a bit over the top and that’s by design. I’d like to print some of these on canvas and give them the feel of a painting.

For those of you who don’t know what HDR is, it stands for High Dynamic Range. The human eye is capable of adjusting very rapidly to a scene that contains very bright and very dark elements but the camera has a fixed range of brightness that it can capture in any single exposure. HDR is a way of tricking your camera into acting more like your eye; you take multiple photos at different exposure levels and merge them together. I don’t normally talk about technique or gear, so if you want to learn more you’re probably best off reading Trey Ratcliff’s HDR Tutorial.

So, one afternoon in Rhode Island we wandered over to Watch Hill to check out the lighthouse on the point and this is what we saw… HDR photographs don’t have to be over the top. This next photo is much more subtle, but the texture in the wood and the color of the hedges really stands out in this version. It’s not perfect – you can see some halos in the upper left (I think a result of my lack of a tripod, but it could also be how I processed the photos.) My opinion of HDR is changing over time. In the beginning I was fascinated; then it got really popular and I started to hate it. Now, I see it as a tool to keep available. The nice part about it is that you don’t have to bring any extra gear with you when you’re out shooting. A tripod is really all you need and it’s a good idea to travel with one of those anyway. I’ll continue to experiment with it and refine my technique.

It was certainly fun to shoot some new things while on vacation. So much of my time is spent taking photos of people — either weddings, portraits, parties, events, sports or otherwise — that I forget it can be fun to make images without people as well.

It’s probably opening a can of worms to ask, but what do you think about HDR? Useful? Interesting? Gaudy? Drop me a comment below.

P.S. – if these look familiar to you, it’s probably because we’re connected on Google+. I signed up just before going on vacation and decided to try using it while I was away. If you’re on Google+, too, add me to a circle and we can figure out a new platform together. If you’re not on Google+ but want to be, I’d be happy to send you an invite so you can sign up.

Walking along the Burlington waterfront

Lake Champlain has crested 103′ for the first time. We’re more than 3 feet above flood stage and about one foot over the previously highest recorded lake levels. And lake levels are expected to continue rising over the next day or so.

So, to continue with my flood-related photo activities, I went for a walk along the Burlington waterfront to see the sights. I saw a lot of people doing the same thing, nearly everyone with a camera in hand. The first thing I noticed was our buddy Champ. A few weeks ago, the water was high but I could walk next to him. Now, it looks like he’s been shifted by water that’s a foot or two higher. He’s now looking the other direction almost as if he can’t believe how high the water is either. Continuing down the waterfront there are some signs that spring is making an appearance, but mostly there’s just a lot of water. Even in places where the lake hasn’t swallowed up the land, there are standing puddles of water. The breakwater is nowhere to be seen; the coast guard launch is non-existant;  the pier just north of the waterfront is at lake level, if not a bit submerged. If you haven’t been down to the lake to see it first-hand, you owe it to yourself to make it to the waterfront. The photographs in the Burlington Free Press are impressive and the aerial photos that Governor Shumiln posted to his blog are great, but there’s nothing like seeing it in person.

I was in Washington D.C. early this week and was supposed to travel home to Vermont during the thunderstorms Tuesday evening. The flight was delayed and eventually cancelled which meant I flew up over Lake Champlain at around noon on Wednesday. I was greeted with sights that I’ve only seen in photos from other flooded areas. Silt and debris flowed out of every river and stream into Lake Champlain creating plumes of muddy water. The photo below is of the mouth of the Winooski river with the silt streaming north past Colchester point and towards the mouth of Malletts Bay. Usually I travel with a decent camera, but this was a quick trip and all I had on me was my iPhone.

After dinner, Tawny and I decided to walk over to the farmer’s field near our house to see what the flooding had done. Earlier in the day Route 128 was closed right here, but the waters had receded enough to re-open by early evening. The flood waters had eroded large parts of the shoulder but the traveled lanes still looked structurally sound.

I can’t imagine this truck is going to move for a few days. Earlier this morning, Tawny informed me, there was a tractor in the middle of the field across the road. The tractor made its way out, but there were some serious ruts that indicated where it had been.

We walked around for a few more minutes as the sun set, enjoying the near 80 degree weather.   It’s hard to believe that this is a farmer’s field. Usually photos like this are down at the lake shore looking over at the Adirondack mountains.

It’s been an exciting year for weather in Burlington. What’s mother nature got in store for us next?

Champ is taking advantage of the high water in the lake to make the rounds to businesses he can’t normally reach. Here he is outside the Vermont Lake Monsters front office down at the King St. ferry dock in Burlington. He’s not very bashful right now and hung around for a few portraits while I was walking around the waterfront. For those of you that haven’t made it down to Perkins Pier to see the flooding, here are a few shots of what it looks like now. According to NOAA, the lake is at 100.7′. I’ve heard reports that it is supposed to crest 101′ and with 80″ of snow remaining on Mt. Mansfield I have little doubt that we’ll get there. Normally, these benches are a nice place to watch the sun set and be safe from waves. Today, you’d be hard pressed to get out there without hip waders.

For comparison, here’s what it looked like last March. The dark line on the water is the Burlington breakwater which is completely submerged right now.